Let me introduce you to …

“It seemed like such a good deal. This lead generator offered to send me a steady stream of clients who needed a SIPP. Not only did I not need to pay them for the leads, but they arranged for payment of a commission (or marketing allowance). And they even told me which fund the client wanted the SIPP to invest in. All in all, a great deal …”

Now this is a made up story but it’s not complete fiction. This sort of deal has been happening for the past few years and has come to the FCA’s notice as many of the underlying investments proved over time to be worth little or nothing. And, of course, they were usually unregulated investments, which gave rise to other issues that I will outline shortly. (For ease of reference in this article I simply refer to these investments collectively as ‘non-mainstream assets’.)

Yes, it was a great deal – a great deal of hassle for the financial adviser involved when the regulator knocked on the door. And we should not overlook that many of these situations turned out to be a very poor deal indeed for the client whose pension took a nose dive as a result of the investment being made. How so?

Advisers have been buying leads as a means of finding new clients for many years. There is nothing inherently wrong with that, provided the lead has genuinely come through a process designed to identify people who are actually interested in having financial advice and have given their permission to be contacted.  The lead generating firm identifies suitable people, the adviser advises them. Everyone is happy.

However, the practice has taken a wrong turn in recent years. First, there does appear to have been a proliferation of firms acting as ‘introducers’ to financial advice firms. The increase in FOS complaints and noises coming out of Canary Wharf attest to that. A likely explanation is that many of these unauthorised introducers are former advisers or direct salespeople who, for one reason or another, did not continue as advisers following the introduction of RDR. There were many individuals who were better at digging up new prospects than they were at passing exams!

Second, many of these introducers appear to have been unable or unwilling to stay within the bounds of merely introducing. It is impossible to know what their conversation with individual clients was, although there is evidence that some of them are actually giving advice.

Introducers might claim, and even believe, that they only provide generic or ‘educational’ information. There are several problems with this. First, as stated earlier, it is impossible to be certain that only generic information was provided. Second, the border between generic information and regulated advice is pretty narrow and easy to stray across, even inadvertently. And, in the unlikely event that they are not caught by ‘advising’, it is likely that the introducer is doing one or more of the following …

… all of which would be regulated activities.

According to the FCA, some introducers have presented the referral to an authorised firm with a completed fact find, attitude to risk questionnaire, application/transfer forms along with a clear investment desire expressed by the customer!

Finally, within the regulated financial adviser firms there appears to have been a lack of professional oversight and a willingness to accept the customer’s (pre-prompted) view as the driver for advice.  As virtually all of the problem introductions involve a regulated adviser having to advise a SIPP into which the non-mainstream asset can be invested, advisers will certainly be caught by the clear FCA and FOS position that it is not possible to advise only on the SIPP without consideration of the underlying assets that are to be used. Additionally, and regardless of any technical interpretation of the rules around advice, weight must be given as to whether the client perceived that the introducer gave advice.

As a result of this ever increasing problem, the FCA issued an alert on 2 August 2016 to highlight some of the risks arising from authorised firms accepting business from unauthorised introducers / lead generators or indeed from other authorised firms.

No sensible adviser firm should or would get themselves involved in a situation where they are responsible for the outcome of advice effectively provided by others. The old maxims apply – if it sounds too good to be true, it’s not true and there’s no such thing as a free lunch!

We know that the FCA now has a dedicated team that is investigating adviser firms who they believe have had involvement with unauthorised introducer firms. Primarily, the FCA ‘follows the money’ – despite much of the money having left the UK for warmer climes the money is not actually difficult to follow. There are obvious themes to the schemes – Holiday and Hotel Resort developments, Car Parks, other strange schemes, some of which do exist and some of which are straightforward scams, designed to convert people’s pension pots into profit for those involved. The schemes share several attributes – unregulated, illiquid and high risk, and often accompanied by a promise of returns way beyond what the real market can only dream of.

It is important not to tar all of these esoteric investments with the same brush. However, the methods by which many of these investments have manifested themselves in ordinary retail client investments is very concerning.

Firms need to realise that they must undertake appropriate due diligence on any firm seeking to introduce clients. Firms need to understand the processes by which the client is introduced and that they are responsible for ensuring that those processes comply with all the relevant regulations and all of this should be the basis for a formal Introducer Agreement.

ATEB clients should speak with their account manager; otherwise contact ATEB here to find out how we can help. 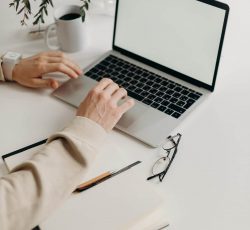 The FCA continues to keep busy with yet another survey being announced. We have received the following notification from the FCA. “We wanted to advise you that we will shortly be sending a survey to all firms holding the credit broking permission. The survey will give us an updated view of whether and how firms […] 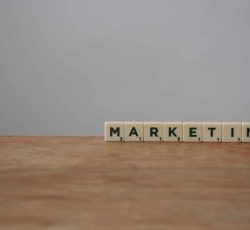 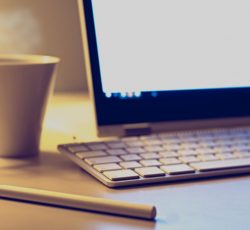 The FCA Financial Resilience team has clarified the intention behind the data requested in their survey in relation to Question 2b. Question 2b, Please provide how much of your cash inflows advised in 2, is ‘contractually committed’. The online FAQ, gives the guidance … “We want to identify how much of your estimated cash inflow […]

FCA Covid-19 survey to be repeated

We have been advised by the FCA that they intend to issue yet another Covid-19 survey shortly. This is the FCA statement: “Many of you will be aware that we issued the first phase of the Covid-19 Impact Survey in June 2020, covering around 13,000 firms across 15 Supervision portfolios (Tranche 1), and then rolled […] 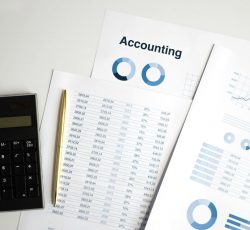 The FCA has confirmed in PS21/4 that it is proceeding with its previously stated intention to extend the requirement to submit REP-CRIM, the annual financial crime report.  Firms conducting the following activities, regardless of turnover, will have to submit the report: advising on investments, where the firm holds client money or assets arranging (bringing about) […]