Firms are entitled to handle some complaints less formally and without sending a final response letter. Such complaints would typically be of an administrative nature, rather than where the suitability of advice is being questioned.

Up until 30/06/2016, such complaints had to be resolved within one business day and no formal communication was required.

You must also send a Summary Resolution Communication to the complainant, effectively a brief letter stating that, as far as the firm is concerned, the complaint is resolved. However, this must include the complainant’s right to refer to FOS if not satisfied.

Furthermore, firms must report all complaints to the FCA, including those handled within three business days. Complaints reporting will now be required twice a year.

Even though these complaints can be treated less formally, you should still keep good records of conversations and documentation involved in case the same complainant revives the complaint at a later date.

PI insurers should be notified.

This is a rule change that must be actioned.

ATEB clients should speak with their account manager as necessary.

Previous Post
Is a platform the right answer?Next Post
FG 16/5 Outsourcing to the cloud and other third party IT services 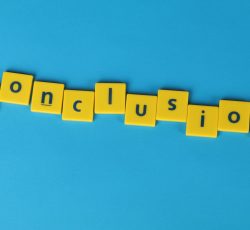