Consultation on increasing the NMPA to age 57

On 10 February 2021, and without much in the way of publicity, HM Treasury published a consultation paper entitled ‘Increasing the normal minimum pension age: consultation on implementation’. Through this consultation, the government has reconfirmed its intention that the normal minimum pension age (NMPA) will rise to 57 on 6 April 2028 to reflect increases in longevity and changing expectations of how long people will remain in work and in retirement.

The government believes that, as a matter of principle, the NMPA should remain around 10 years under state pension age, although there is no intention at this time to link NMPA rises automatically to state pension age increases.

The government is proposing a protection regime, meaning that an individual member of any registered pension scheme (occupational or non-occupational) who has a right under the scheme rules at the date of the consultation to take pension benefits at an age below 57 will be protected from the increase in 2028.

The protected pension age will be specific to an individual as a member of a particular scheme. Protection will not apply to other schemes where there was no existing right held, so an individual could have a protected pension age in one scheme where they have a right to take pension benefits at an age below 57, but for schemes where no such right exists the new NMPA of 57 will apply from 2028.

Accordingly, protection will only apply to those individuals who have an existing right within their scheme rules at the date of this consultation to take pension benefits before age 57. A member’s protected pension age will be the age from which they currently have the right to take their benefits. For members of a registered pension scheme (active, pensioner or deferred members) who do not have such a right, they will retain the current NMPA (age 55) until April 2028, from which point the NMPA will increase to age 57.

Individuals or schemes will not have to apply for a protected pension age, it will just apply as a matter of law.

The government recognises the special position of members of the armed forces, police and fire services and does not intend to apply the increase in the NMPA to individuals in those pension schemes.

Before April 2006 certain individuals who were members of approved occupational or personal pension schemes, or who had approved retirement annuity contracts, had a protected pension age of less than 50. Retaining this right to a protected pension age was specific to the scheme under which the member had the rights to payment of benefits before age 50 at the point the NMPA was introduced in April 2006. This was dependent on an individual having a prescribed occupation as set out in the regulations – for example, professional footballers. Protection in relation to those specified schemes will be unaffected.

Other points to note

This consultation seeks views on the implementation of the rise and protections for pension scheme members. It will run until 22 April 2021. Following that date, the government will carefully consider all the responses it has received and will respond ‘in due course’. In due course is extremely vague and gives no indication of any date by which the proposals will be enacted or indeed any hurry to do so. However, that is largely irrelevant because, as the proposals stand, the increased NMPA will apply to all new pensions that commence after 10 February. Given the low key launch of this consultation, it is possible that many advisers are not aware of the implications for new pension plans that they recommend to, or implement for, clients now – and since 11 February. At the very least, new suitability reports should include a statement describing the increased NMPA that is likely will apply to the plan and it would also be prudent to advise any client who has started a pension plan since 11 February. This change also has an impact on recommendations related to pension switches. The new plan would be caught by the increase in NMPA where the existing plan might have protection for age 55. Yet another factor that should be taken in to account when considering whether a pension switch is in the client’s best interest. We can confirm that ATEB Suitability software has been amended. Meantime, we believe that it is inappropriate and unfair to have a significant change like this to take effect from the date of a not very well publicised consultation paper. It would be less controversial if the change applies to any pension plans commencing after the date the change is enacted into law. We will be giving that feedback to the consultation. If you agree, then you should also give feedback.

Respond to the consultation if you agree that the effective date is unfair. And ensure any client effecting a new pension plan since 11 February, or who has an existing plan where the right to take benefits from age 55 is not explicit in the scheme rules, is made aware of the proposed change of NMPA.
SUIT - Beautiful Reports
CREATE BEAUTIFUL
SUITABILITY
REPORTS 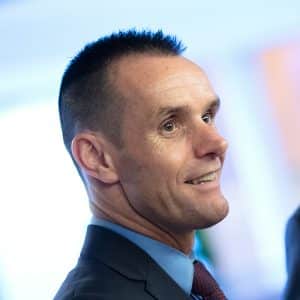 Richard is a Chartered Financial Planner and a Fellow. He has a long track record of implementing compliance regimes for firms large and small. His expertise and qualifications are broad, including pensions, investments, home finance, consumer credit and general insurance.

One of our clients recently received this note from a SIPP provider.     “You may already be aware that 1st June 2022 saw new FCA rules (Policy Statement PS21/21) come into force which require all pension providers to give clients a stronger ‘nudge’, in certain circumstances, towards guidance from the government’s Pension Wise service […]

We have completed the latest upgrade to ATEB Suitability on 27th June 2022. This update comes at no additional cost and includes a number of additions to our content management libraries and integrations. EV Following a change to EV’s risk profiling solution, we have updated the EV Risk Profiles stored within our software.  The update […]

Ensuring the fair treatment of customers in vulnerable circumstances

With Consumer Duty requirements set to take effect in Q2 2023 and ahead of the final rules being published – expected in July 2022 – firms should consider the FCA’s findings in relation to how firms are dealing with vulnerable customers so far.   In February 2021, the FCA published FG21/1 ‘Guidance for firms on […]