Firms involved with pension transfer business will know that there is a requirement to consider an available workplace pension (WPS) as the destination for any transferred funds. If the recommendation is to transfer to an alternative proposed arrangement, for example a personal pension/SIPP/flexidrawdown plan, firms have to demonstrate why the scheme they recommend is MORE suitable than the default arrangement in the Workplace Pension Scheme (WPS). This is a substantively higher test than the ‘at least as suitable’ test that previously applied.

The comparison only NEEDS to be done against the DEFAULT arrangement in the most recent WPS, but firms can choose on a case by case basis to consider previous WPS if, for example, the most recent WPS does not accept transfers in.

There is a formal FCA Glossary definition of ‘default arrangement’ but essentially it can be considered to be the default fund or funds in which the member’s pension is invested if the member makes no specific investment election (or, of course, if they actually choose to be in those funds). Of course, it is possible that there could be clear indications that the client should not transfer at all before getting anywhere near consideration of a WPS but, if that is not immediately obvious, then the APTA / TVC and a comparison of the benefits and options available under the proposed arrangement with the benefits and options available under the default arrangement of the WPS is the next step, i.e. if a transfer is considered to be suitable, you need to consider whether the workplace pension is the best destination for transferred funds rather than a proposed personal pension plan.

The suitability bar is quite high, i.e. the proposed arrangement should only be recommended if it can be shown to be MORE SUITABLE than the WPS.

That comparison will (or should) indicate the merits of the personal pension plan being considered for recommendation and it is fairly likely that the relative costs will be the major factor and that the WPS costs are often going to be lower, primarily because the WPS is probably not going to justify ongoing adviser charges for regular reviews. In PS20/06, the FCA covered use of WPS under the heading ‘Addressing ongoing conflicts’ and, if that is not proof enough that minimising or avoiding the need for ongoing adviser charges was the entire rationale behind the new rules on WPS, some of the statements in the policy paper explicitly confirm that to be the case …

“… Ongoing advice charges create a conflict of interest, as an adviser may have a strong monetary incentive to recommend one course of action over another. Over time, these charges can have a significant negative financial impact on the consumer’s transferred funds and, as a result, the pension income they can take.
… The default fund in a WPS should be appropriate for all members without the need for ongoing advice.”

“Our view is that many consumers would not benefit from ongoing advice as their circumstances are unlikely to change significantly from year to year. These consumers will be more suited to the default WPS fund. Where ongoing advice is needed and would add value for the consumer, we expect firms to consider this as part of the recommendation, including the option of paying ongoing adviser charges directly rather than via the scheme.”

“We would expect to see, among other things, consideration of whether your client needs a broad range of complex funds that require ongoing rebalancing, given their risk profile, and knowledge and experience of investing the proposed product charges with those in the capped WPS default arrangement, and how the level of charges could affect the income your client will ultimately receive whether ongoing advice is necessary, given these points, or whether the client is likely to be better off taking ad hoc advice when needed “

We were recently asked, “… when it comes to a recommendation of a fund surely we can’t then just recommend the default fund on charges if it doesn’t match the client’s ATR?”.

To see the answer to this question, it is helpful to break the decision process down to its key steps as follows:

It’s not only about costs

Finally, although the costs comparison alone is likely to strongly favour the WPS in many, if not most, cases there are, of course other considerations. Here is what COBS 19.1 rules say in that regard:

“In taking into account … any other considerations that the firm may decide to take into account when demonstrating 7(b) (the more suitable aspect), the firm should also consider:

(a) whether those considerations are so important to the client as to outweigh other considerations in favour of the default arrangement of the available qualifying scheme; and

The need to consider an available WPS has created a whole new step, and extra work, in the transfer advice process. But the rationale behind the rule is clear. The onus is firmly on advisers to be able articulate the value of ongoing advice.

FCA Applications
We have completed hundreds
of Part IV applications

We completed the latest upgrade to ATEB Suitability on 15th July 2021. This update comes at no additional cost and provides provides a few minor minor tweaks to our main Suitability Report template. Full details of the enhancements can be found below: Risk Warning Report Introduction Text For each of the risk warning sections within […]

The FCA has issued an addendum that delays the implementation of the rules relating to premium finance disclosure from 01 October 2021 until 01 January 2022.  The updated article can be found here https://news.ateb-group.co.uk/ps21_5-general-insurance-pricing-practices-market-study 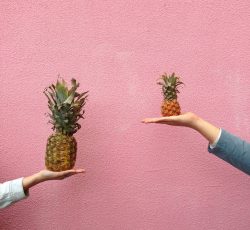 Fund managers falling short on assessing the value of their funds

One of the issues identified in the FCA’s Asset Management Market Study was a lack of competition among fund providers on fees and charges. The regulator’s response was to create new rules requiring authorised fund managers (AFM) to conduct an annual assessment of value (AoV) of their fund. The requirements are set out in COLL […]

The FCA has published policy statement PS21/6 – Implementation of Investment Firms Prudential Regime (IFPRU).     The policy statement alone fills 123 pages with an additional 237 pages of near final rules and form templates. By any measure this is a hefty document, and it is absolutely stuffed with jargon and snappy yet baffling […]

We completed the latest upgrade to ATEB Suitability on 9th July 2021. This update comes at no additional cost and provides various template & content management enhancements as well as performance improvements when recommending/reviewing multiple investment/retirement plans. Full details of the enhancements can be found in the tables below, but some of the highlights are: Upgraded […]