Background
The Lifetime Allowance (LTA) is the limit below which a person can crystallise benefits from their pension, without being subject to pay a LTA tax charge. Whilst there is no limit on the amount of pension benefits that a person can build up, a LTA tax charge applies when the LTA limit is exceeded.

The current LTA threshold is £1,073,100 and increases every April by the rate of CPI up to September of the previous year.

The tax rate depends on whether the excess is paid as a lump sum – called a Lifetime allowance excess lump sum and charged at 55% – or if retained to pay pension benefits, charged at 25% (tax is then payable on the income the member receives at their marginal rates)

When is the LTA tested?
There are several ways in which the LTA is tested, and this happens at the point of crystallisation, known as a Benefit Crystallisation Event (BCE). A full list of the different BCEs can be found here.

For drawdown, the tests that typically take place are as follows:

Therefore, every time funds are designated into drawdown, a LTA test takes place.

The Second Lifetime Allowance Test
However, there are situations where benefits are tested for a second time. For example, when a person designates funds to drawdown, a BCE occurs as outlined above, but, on reaching age 75, a second LTA test takes place.

This means that an individual who is crystallising benefits as a result of investment growth could be subject to a LTA tax charge on the basis of the second test. This second test essentially tests the growth in the fund value since the original funds were designated into drawdown.

The calculation for the second LTA test is as follows:

For the purposes of the examples below, we have used the ‘shorthand’ version of the LTA calculation, based on percentages and this should produce an approximately correct LTA result. The technically ‘correct’ method for calculating LTA usage described in the legislation requires the past crystallised amount to be indexed at the same rate the standard LTA has been indexed. Where the shorthand method produces a different result, this is due to rounding down of percentages and the result should not be hugely different.

Implications of the second drawdown test
We have seen a few instances where firms recommended crystallising 99% or 100% of the LTA in order to try and mitigate a LTA charge in the future. Firms should be careful when employing this strategy if the sole driver is to mitigate a LTA tax charge, as crystallising 100% of the LTA would mean that no benefit is gained from increases in line with CPI inflation, and the person could still be caught out by the second drawdown test. An example is shown below:

In example 2, the adviser had tried to reduce James’s LTA charge by crystallising 100% of his LTA in October 2016. However, this had the opposite effect, as the client did not have any remaining LTA to benefit from the increases in line with CPI.

Firm’s should be aware of the challenges facing clients with potential LTA issues, and should take into account the client’s full financial circumstances, including whether they have any transitional protections, before embarking upon a relevant LTA strategy.

We suggest that great care is taken before advisers deliberately embark upon a course of crystallising 100% of client benefits, in an attempt to mitigate future LTA liabilities 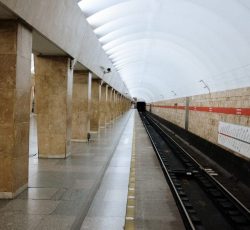 Way back in December 2019, the FCA published PS19/29 – Making Transfers Simpler. The policy statement and accompanying rules were the outcome of consultation around how to make the platform market more competitive. The FCA believed a key step in achieving that was to address the finding that consumers often found it difficult to move […]