The FCA is devoting a great deal of weight to its upcoming Consumer Duty regulations. These will be finalised in July 2022 when the policy statement is expected. Final consultation closed on 15 February and can be read here.

We wrote recently about the potential impact of the new rules on research and due diligence. You can read that piece here.

Despite the high profile that Consumer Duty appears to have gained from FCA and trade press announcements, we are not convinced that the new rules are as revolutionary as they are being portrayed. We will analyse the topic thoroughly when we see the policy statement in July and give our final verdict at that time. Meanwhile, there are a few proposals, mentioned almost in passing in the final consultation paper, that do warrant a bit of attention. One such relates to the potential impact on firms’ charging structure.

The FCA and its predecessors have long stated that they are not a price setting regulator. However, it is undoubtedly true to say that there has been a constant and increasing focus on what the FCA likes to refer to as ‘fair value’.

This has the potential to mean different things to different people and can also change meaning depending upon what it is being applied to. In the context of financial advice, services and products, the FCA stated in the latest consultation paper:

“Price vs value: Fair value is about more than just price. The Consumer Duty aims to tackle factors that can result in unfair or poor value, such as unsuitable product features that can lead to foreseeable harm or frustrate the customer’s use of the product, or poor communications and consumer support. The specific focus of the price and value outcome rules is on the relationship between the price the consumer pays to the overall benefits they can reasonably expect to obtain from a product. Value needs to be considered in the round and low prices do not always mean fair value. We expect firms to think about price when assessing fair value but not at the expense of other factors.”

This deceptively simple ‘fair value’ concept has the potential to touch quite a few aspects of how regulated firms operate. And that impact applies throughout the chain of investment from manufacturers to distributors. Indeed, since September 2019, fund managers have had an obligation to undertake annual assessments of fair value of each fund. Despite the FCA finding that many fund managers did not implement these assessments well initially, the result over the past three years has been the closure of a large number of funds assessed by the fund houses to be below acceptable standards and the merger of many more funds in an attempt to improve overall value for consumers investing in those funds.

Further, the pension transfer rules that came into being in October 2020 banned contingent charging for transfer advice and also incorporated complementary rules around how initial and ongoing advisers must be structured.

Beyond that, and some occasional statements about looking at fair value ‘in all parts of the investment chain, including advisers’, there have been no further concrete proposals around the charges levied by adviser firms. That looks set to change.

One size fits all?

“Firms offering the same charging structure to all consumers may also not provide fair value. Whilst it may often be fair to do this, it may not always be fair where, for example, servicing fees are charged as a percentage of the value of a product (this might be in relation to the size of a loan, investments or savings). Some consumers may pay substantially larger fees in this way even though the costs of providing the service and the benefits consumers receive may be very similar. In such circumstances, firms should consider whether the relationship of the price such consumers would pay is reasonable relative to the benefits they receive.”

Reading this may well throw a cold shiver down the back of many advisers. Why? Because many, if not most firms, continued to charge on a percentage basis post RDR and still do.

Accordingly, this could have a significant impact on the many/most firms that operate a ‘one-size fits all’ ongoing fee structure. Take for example, a client with £100k portfolio paying 1% (£1k per year) and a client with £1m portfolio (£10k per year). The FCA seems to be taking the view that these two clients shouldn’t be charged the same 1% figure if they are receiving essentially the same or a similar level of service where the costs of delivering that service are pretty much the same. The same logic can be applied to a percentage based initial charge too. And although many firms do operate tiered rates, e.g. 3% on the first tranche, 2% on the next etc., it is the cash equivalent that the client actually pays which matters.  So, firms may well have to think seriously about their charging structures / propositions and how they can demonstrate value to each and every client.

We have been of the view for some time that adviser charging structures are likely to come under close scrutiny sooner or later. Looks like it will be sooner!

If you charge on a percentage basis, you will almost certainly have to give serious consideration to reviewing the structure. The sooner you start on this the better. If the percentage basis is to be retained, then there should at least be a defined cash minimum and maximum fee. This could offer immediate mitigation of extreme unfairness in the structure between clients. Plan to review your structure against the FCA factors.
SUIT - Beautiful Reports
CREATE BEAUTIFUL
SUITABILITY
REPORTS 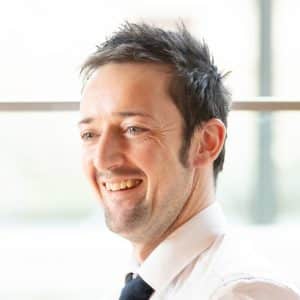 Paul is a Chartered Financial Planner and is well on his way to a Fellowship. He has a thirst for technical knowledge and, while he advises on all aspects of financial services regulation, he specialises in pensions and investments.