We often see death benefits cited as a key objective by clients when discussing potential transfers out of a Defined Benefit (DB) scheme. Given the changes around taxation of pension benefits before age 75 (DC benefits would essentially be tax free), this can seem an attractive option to clients, particularly where there are existing health issues. However, the Financial Conduct Authority (FCA), has published findings and guidance around death benefits and outlined their expectations as to how to approach this with clients.

FCA Findings – British Steel
As part of the findings of its supervisory work around the British Steel Pension Scheme, the FCA made specific reference to the lack of focus around death benefits being a driver behind unsuitable, including the following:

FCA – Guidance for firms during Covid-19
More recently, the regulator has provided an update around how firms should communicate with clients, addressing potential misconceptions that clients may have around death benefits within DB schemes , notably:

That said, there may be instances where scheme benefits do not meet the needs of the client or the different death benefit profile of a drawdown plan might still be desirable having considered what is available within the DB scheme.

Consideration of Alternatives – Life Cover
In order to approach death benefits in a comprehensive manner, any discussion should involve clarifying the clients objective for wanting to increase death benefits and outlining whether this is driven by provision of benefits to the client’s spouse, other dependants or both. Clearly, client circumstances will dictate which potential alternatives are appropriate for consideration in relation to death benefits. However, in line with the regulators view that “a firm should start by assuming that a transfer, conversion or opt-out will not be suitable” As such, we would typically expect files to consider a range of different options which could potentially achieve the client’s objectives in relation to death benefits, including (but not limited to):

In relation to life assurance products, files should reflect the level of research that has been conducted into different options. And it is important that the options have been seriously considered rather than just done as a compliance tick box exercise.

First, there needs to be lateral thinking about the sum assured that is appropriate. Bearing in mind that, for example, a whole life plan would be a means of providing a legacy while remaining in the scheme, it is arguable that it is not necessary to cover the entire CETV amount as a sum assured. In the event of death, scheme benefits would be payable and the ‘value’ of these should be considered when assessing an appropriate sum assured. In addition, the drawdown fund might well reduce significantly by the time of anticipated death of the client. The sum assured should take account of that too.

We see cases where life cover options have been researched but not evidently actually discussed with the client. What happens in these cases is that a paragraph, usually standardised, is included in the suitability report stating that the life cover option has been considered and discounted because the premium of £X (frequently not even the lowest premium from the research) is considered too expensive. Clearly, at the time the report is prepared, the client has a) not yet been made aware of the cost and b) has not had the concept of protecting a legacy by this means adequately discussed/explained. Simply discounting a whole of life plan because the adviser considers it too expensive or sees the transfer route as an easier pitch is unlikely to be viewed as having been robustly considered!

Other considerations
Clearly, each case should be addressed on its own merits, and there are several additional factors which need to be considered including client health, age of the client and their spouse, marital status and entitlement to death benefits within the scheme, other assets available, existing life cover in place, number of dependents and family history. Furthermore, where income is required in retirement, then this will clearly have an impact on the level of benefits which the client could pass on on death, and this should be reflected through cashflow modelling, as should the cost of any life cover. The legacy of the residual fund may turn out to be more illusion than reality.

There’s an old truism in financial services that nobody wants more life insurance! But what we are talking about here isn’t ‘insurance’, it’s a viable alternative to meeting a client objective without transferring and needs to be presented in that context.

The FCA has previously raised a number of concerns around how some advisory firms approach DB transfers in relation to death benefits and it is likely that this will be an ongoing area of scrutiny.

We suggest that where legacy is an objective for the client, files should clearly demonstrate consideration of all the options available and the level of research into these options including quotations for different forms of cover.

Firms should also make clients aware of the impact that income taken (on transferring from the scheme) would have on the client’s ability to pass on death benefits, as well as reflecting the impact of paying different forms of life cover within cashflow model projections. 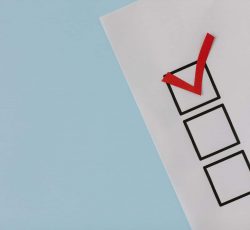 Back in June 2020, the FCA published an ‘advice checker’ to help consumers assess whether pension transfer advice they had received might be unsuitable and might warrant a complaint. This has now been updated and relaunched.   Details can be found here and the page includes a link to the checker itself. It is interesting […]

The FCA has made the following announcement.     “This morning we have announced that we are using emergency powers to prevent certain financial advice firms, who advised members of the British Steel Pension Scheme (BSPS), from disposing of assets to avoid paying compensation. This follows our previous announcement on proposals for a redress scheme for former BSPS members.  […] 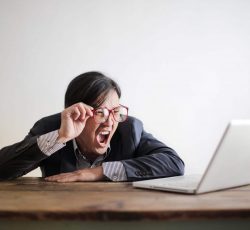 Policy Statement PS 20-06 stated that a firm providing pension transfer advice “… may also not charge less than it would charge for investment advice of the same value”.   That seems clear enough, but the rule that gives effect to this statement is subtly different. COBS 19.1B.7 states: “A firm should not charge less […] 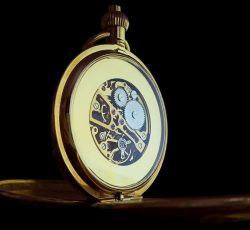 The FCA has published a Thematic Review report which provides some observations around the quality of wind-down planning in firms.   The report can be read here. A brief summary of the key observations is noted below. Liquidity During wind-down a firm must continue to pay its liabilities as they fall due. Failure to do […] 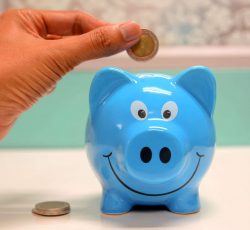 The FCA’s proposed Consumer Duty is getting a lot of airplay in the trade media. First mooted in the FCA’s business plan a while back, it has been the subject of a couple of consultation papers, namely CP21/13 (May 2021) and CP 21/36 (December 2021).   We have already written briefly about the Consumer Duty […]