It is unlikely that any of our readers will not be aware, at least passingly, of the ‘Intermediaries Legislation’ more commonly referred to as IR35 (the name refers to the number of the original press release). Many might actually have clients who are caught by the rules, which came into effect in April 2000. IR35 legislation is designed to determine whether a non-payroll worker is a bona fide contractor or is essentially a direct employee of the company he or she is working with – a ‘disguised employee’. HMRC uses a series of different tests, which include whether the individual could substitute someone else to do the work and how much control the worker has over working practices and timings. If HMRC concluded that an individual was a disguised employee, he or she would then be taxed as such and would also potentially have to pay back taxes too.

The financial consequences of such a ruling can be substantial. In February 2018, HM Revenue & Customs ruled that former BBC presenter Christa Ackroyd – engaged by the BBC via a personal service company – was effectively a full-time employee and she was liable for a tax bill of up to £420,000!

Responsibility for IR35 assessment moves to the employer
The IR35 rules were changed in 2017 to transfer responsibility for assessing whether an individual is a disguised employee from the individual to the ’employing’ organisation but this was only applied to public sector organisations. That principle will be extended to private sector firms from  April 2020. This means that, in the event of a successful challenge from HMRC in respect of an individual, the organisation could be liable for retrospective Income tax, NI Contributions and fines. The individual would still have to account for his or her taxes and NI too.

However, it is intended that the extension of the principle will not apply to ‘small businesses’. This term has not yet been defined but the Government has stated that it intends to use ‘similar criteria’ as found in the Companies Act 2006 to define a small business. The Act says that a company will be regarded as small if it has two or more of the following features.

Accordingly, it is likely that the change of rules will not be applied to a lot of small to medium size adviser firms … yet.

Business as usual?
Does this mean that the many firms with self-employed advisers can carry on regardless? For the meantime, yes. The April 2020 IR35 changes explicitly do not apply to self-employed individuals.

Many firms have advisers that work on a self-employed contract. There is also an increasing trend towards advisers having their own limited company (unregulated) and providing their services to a regulated firm, effectively as a contractor. The potential tax benefits of either of these situations to both the firm and the advisers are pretty obvious and the firm also benefits by avoiding the costs associated with statutory employee rights.

So, while IR35 rules do not apply to the self-employed at this time, the existence of those tax benefits represents a continuing temptation to HMRC and it would be foolhardy to bet against IR35 being applied to smaller firms in future, and perhaps eventually to the self-employed. And it is undoubtedly the case that the very nature of the relationship between the firm and the adviser means that it is unlikely that the adviser would not be considered to be an employee.

Regardless of the tax situation, there is a potential business risk in advisers being on a self-employed or limited company basis that needs to be considered. In a network or appointed representative situation, it is not uncommon for network member / AR firms to hold the misplaced view that they are running their own business and simply paying for compliance services from the network or principal firm. The self-employed/limited company model carries the same cultural risk.

The reality is that the regulated entity is the network firm, the principal firm or the firm using advisers on the self-employed/limited company model and those firms have significant regulatory obligations to ensure that FCA rules and principles are followed. Those obligations can be made more difficult to fulfill where there is not a formal employer / employee relationship. 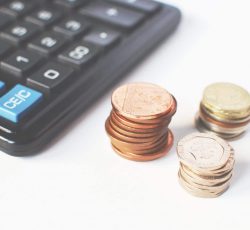 We wrote about the background to updated redress guidance following the Chancellor’s announcement of changes to the way that the Retail Prices Index (RPI) inflation measure is calculated from 2030. You can read that article here. The FCA’s transfer redress guidance has now been duly updated and can be accessed here. The changes affect all […] 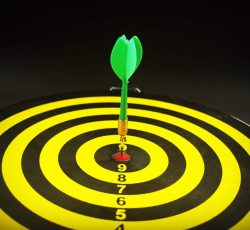 Recommending a ‘do not transfer’

Here is a question. If a client is being recommended NOT to transfer, do you still need to identify a destination arrangement for transferred funds? This question has been raised recently as we have seen an increase in the number of cases where the recommendation is ‘do not transfer’ and, at first sight it seems […] 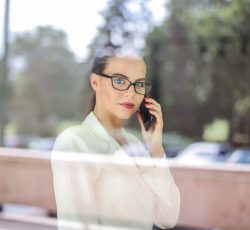 The FCA has launched a whistleblowing campaign ‘in confidence, with confidence’ to encourage individuals working in financial services firms to report potential wrongdoing. Whistleblowing is considered vital to expose poor practice and prevent wrongdoing in activities regulated by the FCA. Firms’ senior management are expected to have effective whistleblowing arrangements in place to enable employees to raise […] 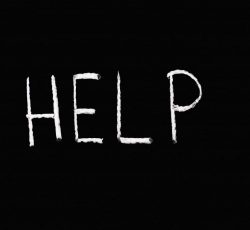 A closer look at FG 21/3 – finalised guidance on transfers

In our recent article giving an overview of Finalised Guidance (FG 21/3), we indicated that we would pick out a few of the more interesting snippets for a closer look. That is not to imply that the rest of the guidance is of no interest, just a reflection that much of the guidance is a […]

Further to our recent article regarding the FCA’s plans to launch a new online invoicing portal, the FCA has confirmed that the new portal has gone live on schedule, 12 April. As with the previous portal, firms can use the portal to access their invoices and arrange payment of their fees. Visit the FCA website […]